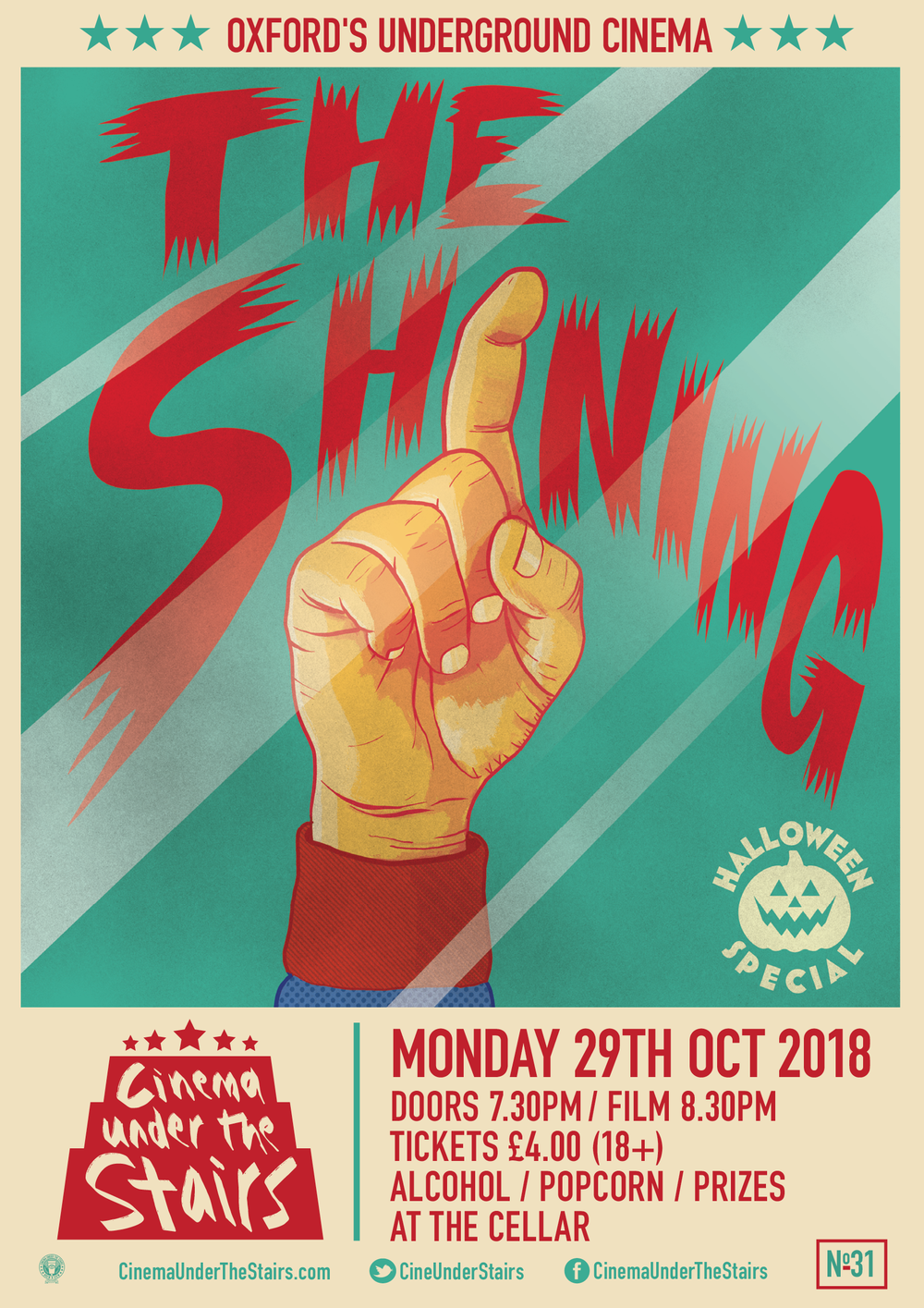 Kubrick’s take on Stephen King’s supernatural isolation shocker. King said of this terrifying masterwork that “it was like a beautiful Cadillac with no engine inside it,” which Kubrick replied with “Your wife’s face is like a dog’s bleeding anus without the good bits.”*

(*He probably didn’t say that).

We’re back at our true home The Cellar for this Halloween Special, so come and join us for chills, frights, and spooks galore.