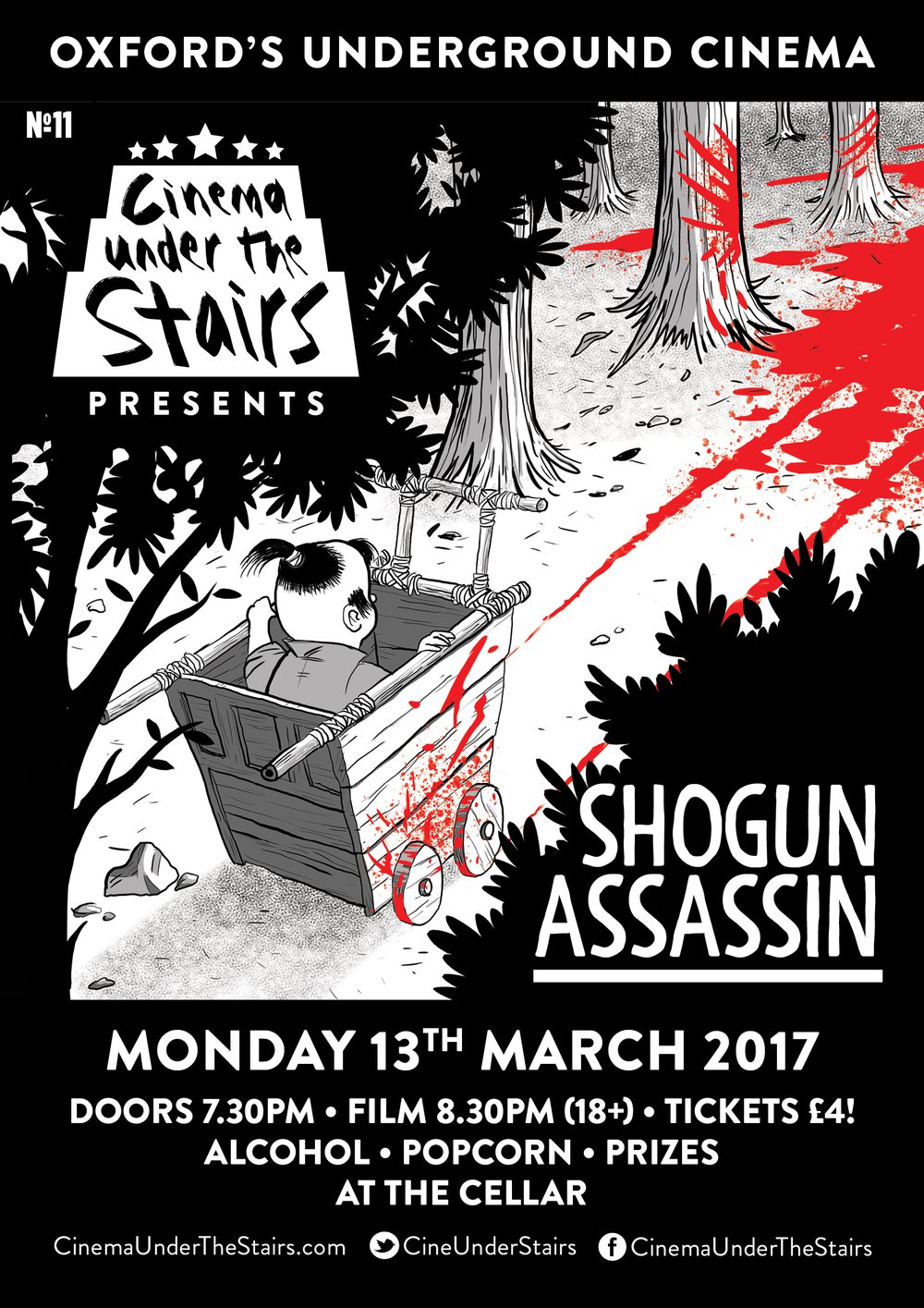 The Jidaigeki based on a Manga strip and re-cut for a U.S/U.K audience, Shogun Assassin was unleashed upon the Grindhouse faithful who inhaled it with sadistic relish.

Funded by Warhol protegé David Weisman and distributed by B-movie king Roger Corman, it remains a lasting influence in pop culture, not least with hip-hop acts The Wu-Tang Clan and Cage.

Your evil government’s home office banned it because of its excessive violence, which is the very reason why you should buy a ticket for it immediately!