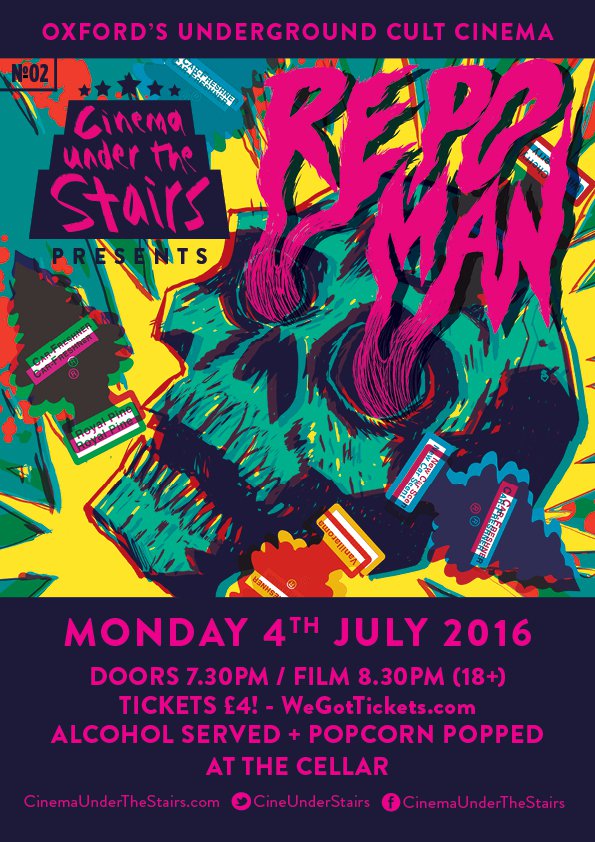 Widely lauded as the defining cult movie of the Reagan era, Repo Man is the feature debut of British auteur, Alex Cox.

Blurring the lines of genre, set against a backdrop of atomic bomb paranoia, anarchic sci-fi and black comedy, Repo Man is the tale of Otto, a street punk residing in the fictional Edge City, who finds himself sucked into the seedy and surreal underbelly of the repossession world.

Featuring a tub-thumping punk rock soundtrack and arresting visuals, Cox’s insane masterpiece still refuses to be pigeonholed and is as exhilarating as ever.