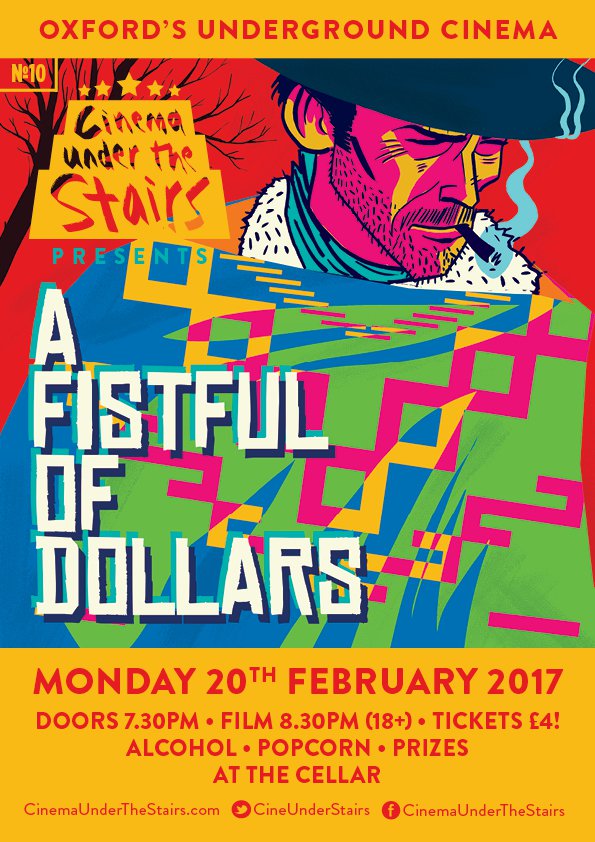 A Fistful Of Dollars

Eastwood’s first starring role gave cinema The Man With No Name in Sergio Leone’s groundbreaking spaghetti western, scored by Ennio Morricone. Stylised, violent and satirical, initially released in 1964 the film would go on to shake Hollywood to its core. Quentin Tarrantino calls ‘Fistful of Dollars’, “the greatest achievement in the history of Cinema”.

Join us for a great movie, flowing drinks, delicious snacks and our BIG raffle. Entry is just £4!